So The Story Begins...

As a barman, I have been plying my trade at McGurk’s for almost three decades. I am not sure where the story begins, but sure we will give it a go, anyway. 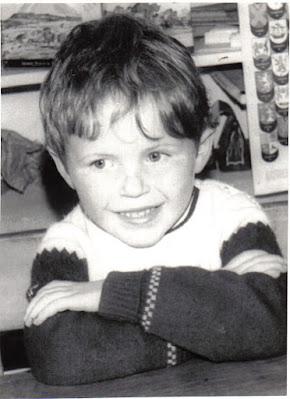 Many years ago, as a wee boy back in the Fanad Peninsula, I had fond memories of my American relatives coming from this mystic land across the sea. Uncle Denis was my Granny’s brother and a taximan in New York City. There was also Aunt Nellie and her family. Ellen Jane and her husband Jack, and their children John, Joseph and Julie, all lived in America as well. It was great hanging with these cousins and so set the idea in my mind that I would find myself in the Land of Opportunity.

As I grew older, that feeling grew as well. In 1990, I made my first trip to the USA. I visited Rochester NY, Wilmington DE, and Boston MA. It was a perfect trip and family set the seed that I would one day come back and spend some time living and working here. Thanks to all the Hansen Clan, especially Eileen, for that wonderful trip.

I returned to Ireland with a plan to return to the US at my earliest convenience to seek my fame and fortune. My plan was to seek all of my legal options, but I did not rule out an extended vacation. My first thought was to join the military and get me a green card that way, but no dice. Given that the FCA (Irish Army Reserve) wouldn't take me, I am not sure why I thought the American Military would! That option had been taken off the table in the 1970s. Low and behold along came the Visa Lottery.

The Donnolly Visa was part a part of the bigger Diversity Visa Program (which still exists today). It gives 55,000 Visas in a lottery system to Immigrants. In the early 1990s, they awarded a large number of these visas to the Irish. In November 1992, I received the letter informing me they had chosen me for this lottery. I filled out the paperwork and returned it right away. The dream was starting to come to light. Of course, with everything official, there were certain regulations that had to be met. One was that a letter of employment was required. No problem there.

So my plan was to get a letter from one of my many relatives or friends already in the states. That was until an old friend told me to use one of our local politicians to get that letter for me. As he said, the Irish have long memories, and you will hear till the day you die of the favor that was done for you. Our local T.D. at the time Paddy Harte helped me get that letter from a St. Louis Attorney and business person named Rick Daniels. Rick was opening a factory in Letterkenny that was part of the twinning of Co. Donegal and St. Louis County.

So February 19th 1993 was the big day! Off to the American Embassy for the big interview. I received my papers to enter America and had 120 days to do it. Not one for waiting around; off I went into the travel agent the following Monday and booked my flight. The plan was still to head to some of the relatives but said to myself, “Sure my sponsor is in St. Louis, Ill give it a go”. I booked my flight for Wednesday, March 3rd. I had to get that one last big weekend in. Next I called Mr. Daniels to let him knows I’d be in St. Louis within a week. You wouldn’t believe it, He had moved to San Antonio! 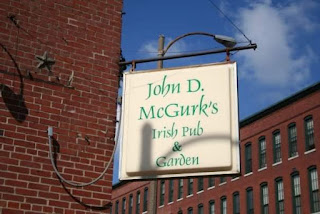 Well, the trip was already booked, so there was no turning back now. So on March 3rd 1993, I landed in St. Louis. I knew not a sinner in this town I now call home. There was still work to be done, as I had to get to know someone and find a job. Fortunately, Mr. Daniels did not give up on his commitment to me and was very helpful. He gave me the number to another lawyer, who also owned an Irish tavern. I called this gentleman and gave him my story and he told me to go down to the pub the next day and interview with his General Manager. Off I went on my suit and tie, ready to take on this new world. But things were not to be. After what I thought was a great interview, the GM broke it to me that the bar was not hiring. Oh Well! I had me a few beverages at the bar that evening before I left with my tail between my legs. The next day, I nursed my hangover, gathered myself,  and wondered what to do next, when I received a phone call. It was the bar owner. “How did the interview go?” he asked. I told him that the GM said they were not hiring. “Start Tomorrow” he said. And I did just that. 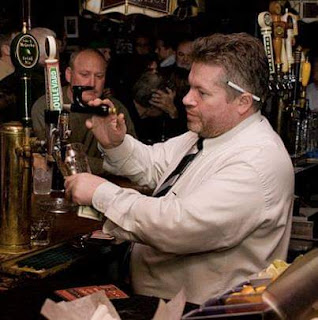 That was March 12th, 1993, and the bar owner was James Patrick Holloran. 28 1/2 years later, he is still my boss. Thank you Sir!
And so the story of The Bantering Barman begins….
Labels: bar-tending bartender Immigration McGurks Irish Pub 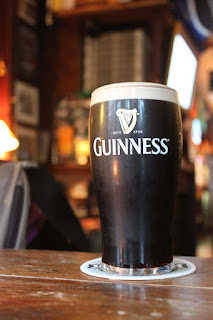 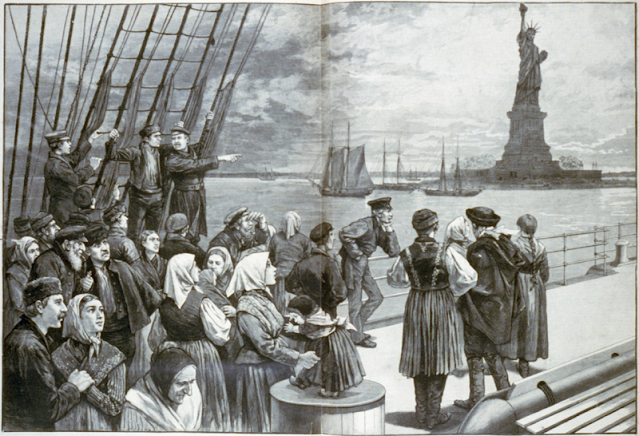 The Curse of Emigration

The Bantering Barman
The story begins in 1967.Keep your eye on this Page to follow the Journey